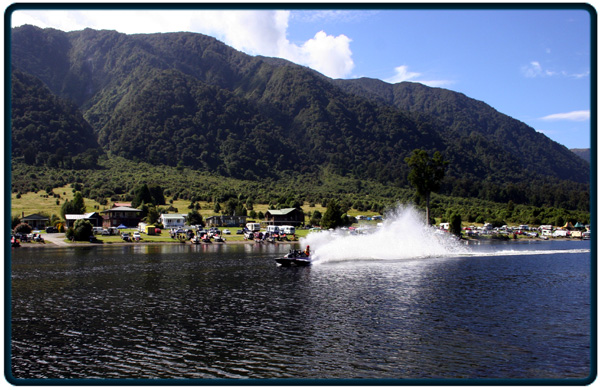 The Lake Kaniere Boat Club held its first Regatta at the Lake on New Year's Day 1927. The first event, a Motor Boat Race, over two miles attracted five competitors. This was won by the "Dorothy" owned by Captain Cantrick. The top speed was around 20 miles per hour. Even in those early years club members were prepared to travel away to events as well as racing with other motor boats at Moana on Lake Brunner and on the Grey River at Greymouth and boats from those venues also raced at Lake Kaniere.

Shortly before the Second World War a meeting was held at Hokitika and the present club, an entirely different organisation was formed. As there were a number of yachts using the lake it was decided to form a combined club which was known as the Lake Kaniere Yacht and Power Boat Club. The Club was registered as an Incorporated Society on 20th December 1940. The combined club worked very well in the years to follow although yachts are no longer a part of the club. Club records have only a small number of Officials recorded which testifies to the long service given by those who did take office.

Lake Kaniere is a 15 minute drive from Hokitika.